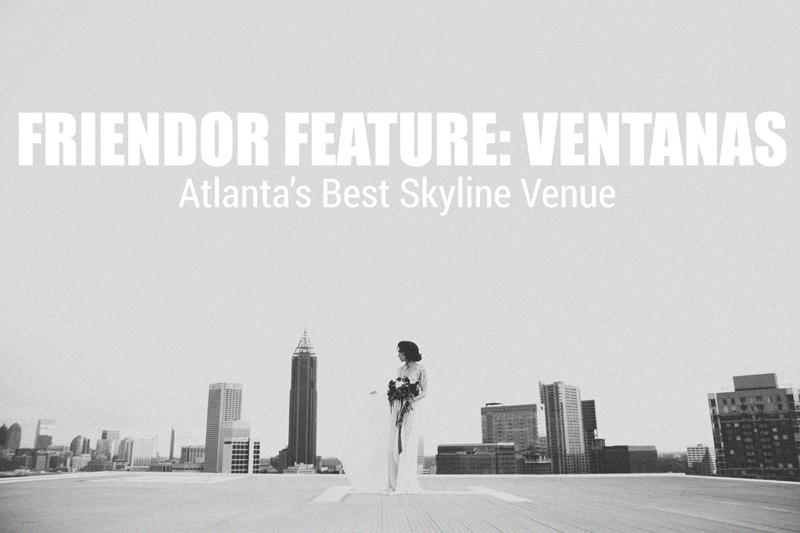 Hiya, Friendors! We hope you’re having a lovely Monday morning. It’s February and we’re feelin’ the love coming on something serious this time of year. Speaking of love, you know what we love?

Finding incredible views! We’re here with a Friendor Feature on the venue we’re officially dubbing as THE best skyline view in Atlanta, Ventanas.

We got to go out to Ventanas to photograph the space and also hosted an Inspiration Collaboration that was PUBLISHED on Offbeat Bride, a wedding blog with over 1.3 MILLION hits per month.

Click here to view the photos from Six Hearts Photography and the feature on Offbeat Bride.

It’s no surprise the shoot was published right away; we had some amazing professionals involved and Ventanas is just STUNNING.

Ventanas is in the best possible location you could imagine, above the Hilton Garden Inn in Downtown Atlanta, just next to Centennial Olympic Park, The World of Coke, and the Georgia Aquarium. It has a helipad with a full 360 view of the city. Just. Amazing.

We were greeted by Hannah, the Catering Sales Manager, and got to chat with her for a little bit before she gave tours of the space and tastings to newly engaged couples. 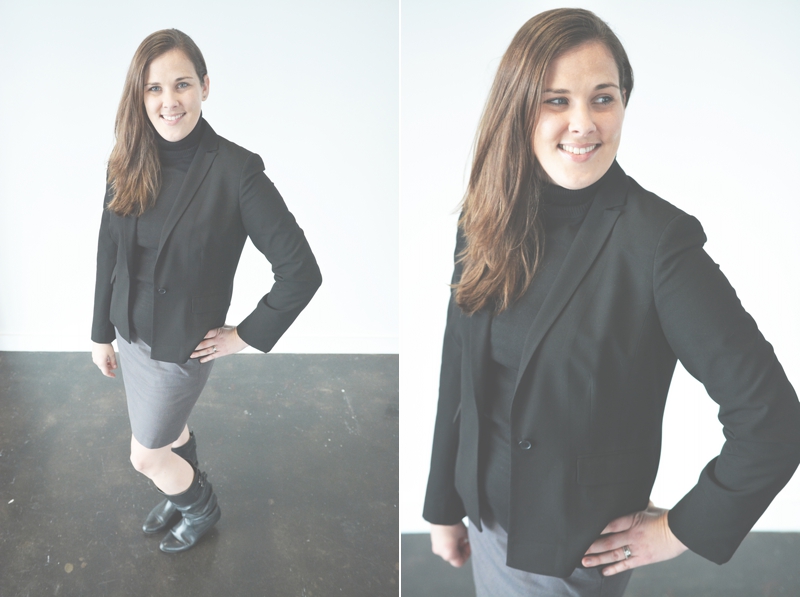 While talking, she cultured us – did you know Ventanas means Windows in English? Yep, sure does. And let us tell you something about the windows in this space – they are FLOOR TO CEILING.

But it doesn’t stop there (man, I swear).

They also have a deck with a bar and a fire pit and so much more. Enjoy the photos of this beautiful venue below and read about all of its amenities (like an open floor plan, a spiral stair case, and epic make out views, eeeek!!)! 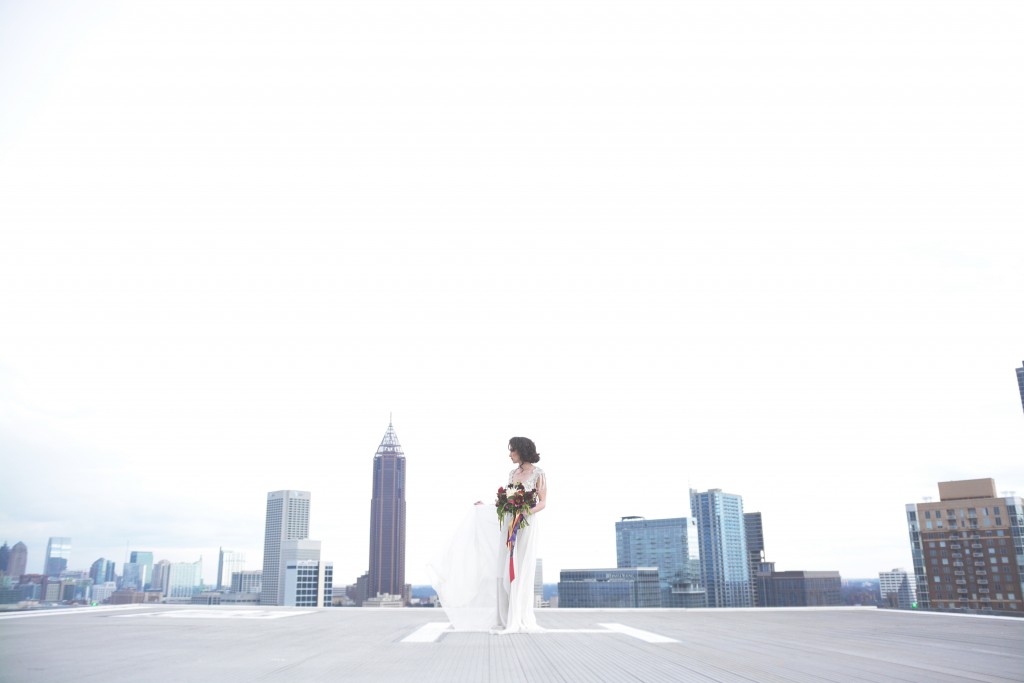 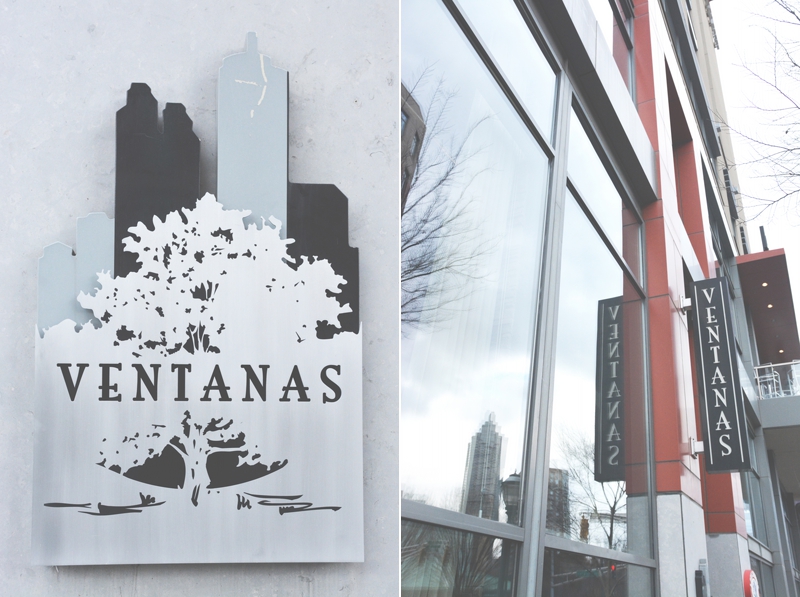 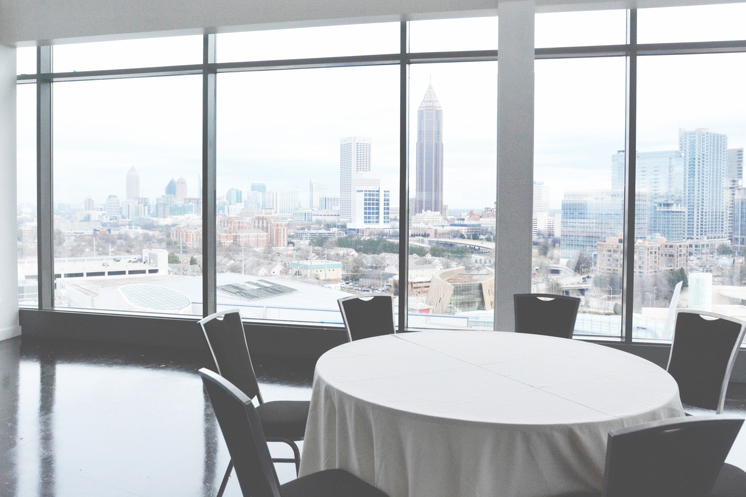 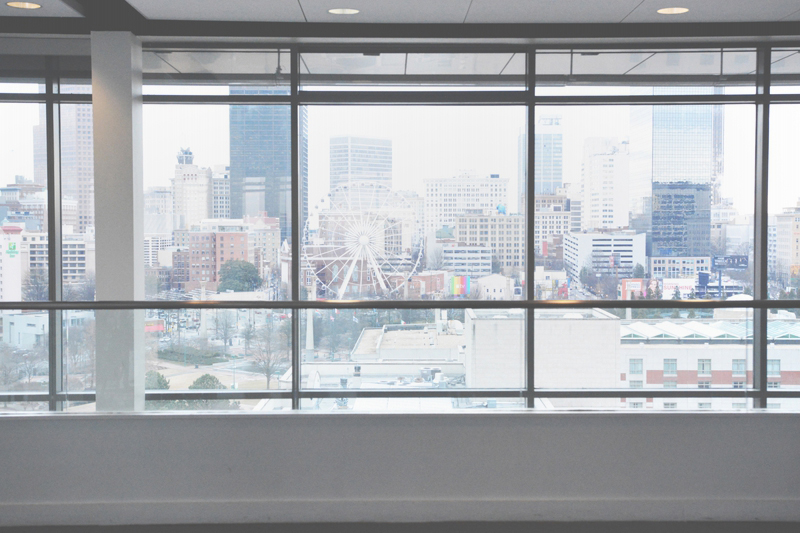 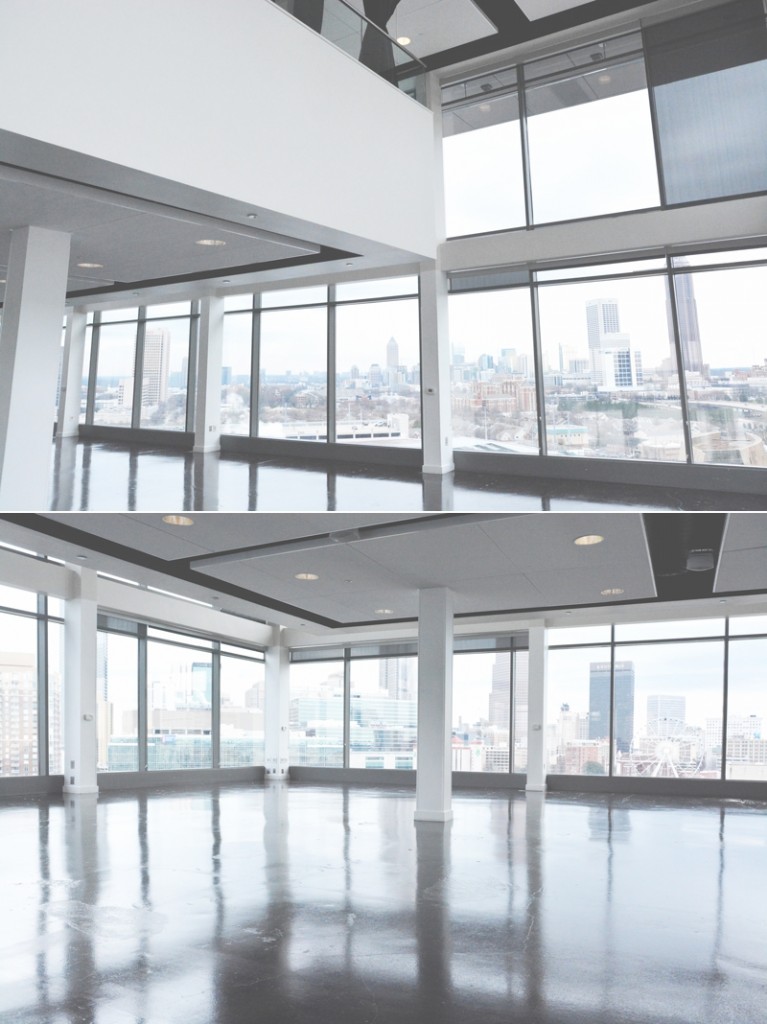 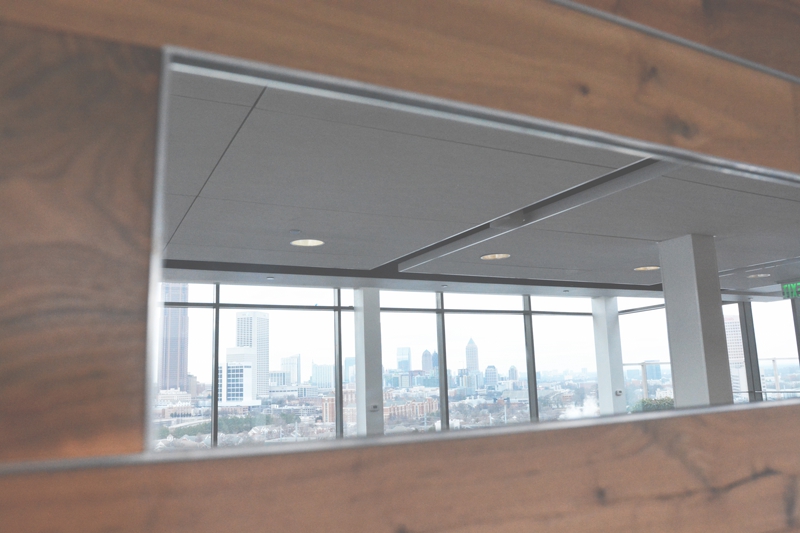 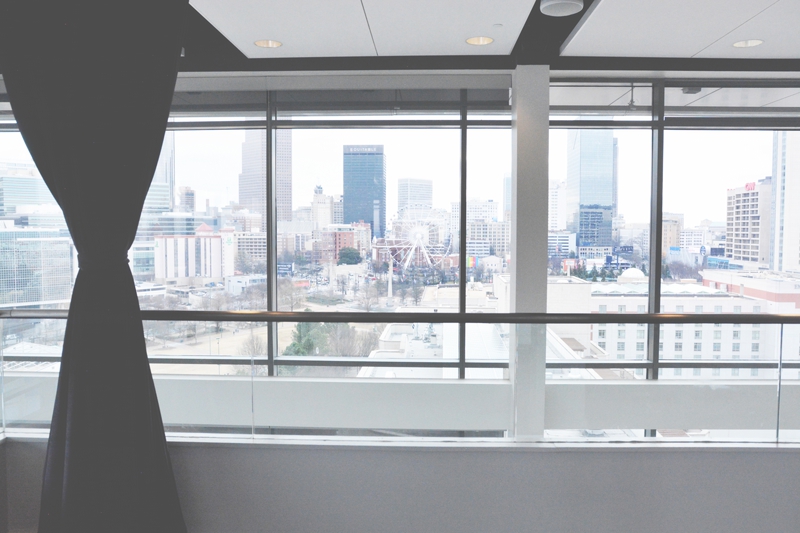 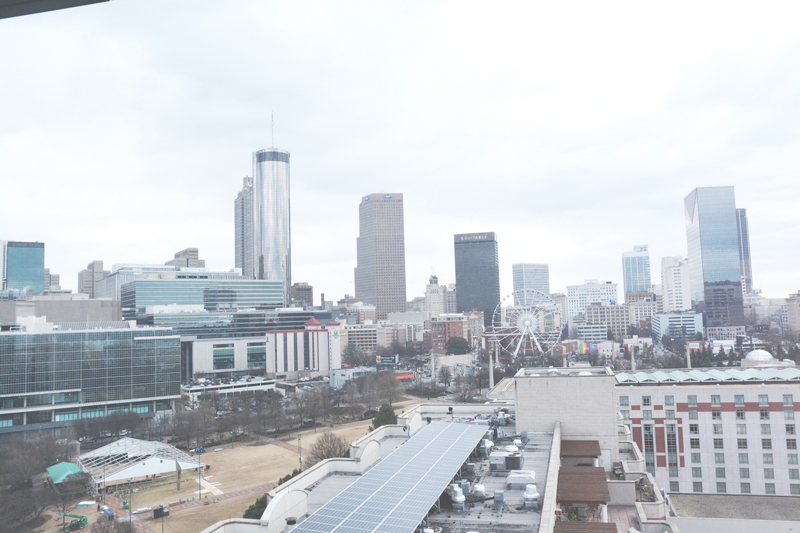 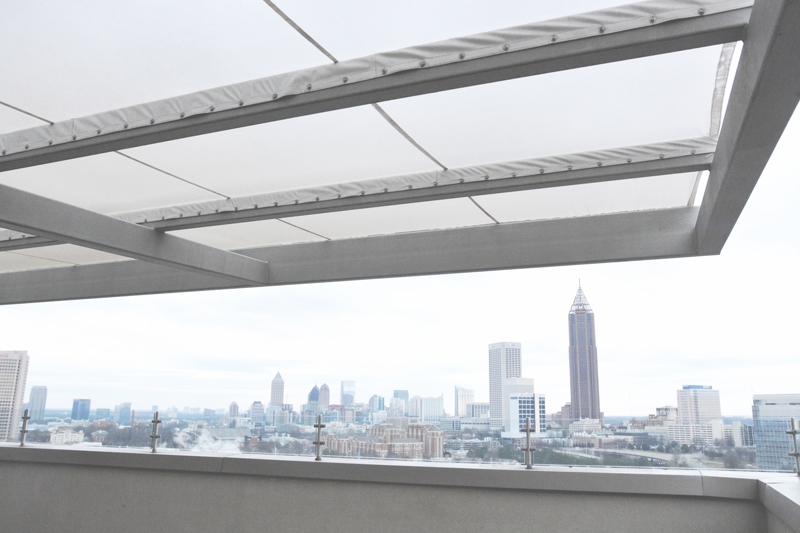 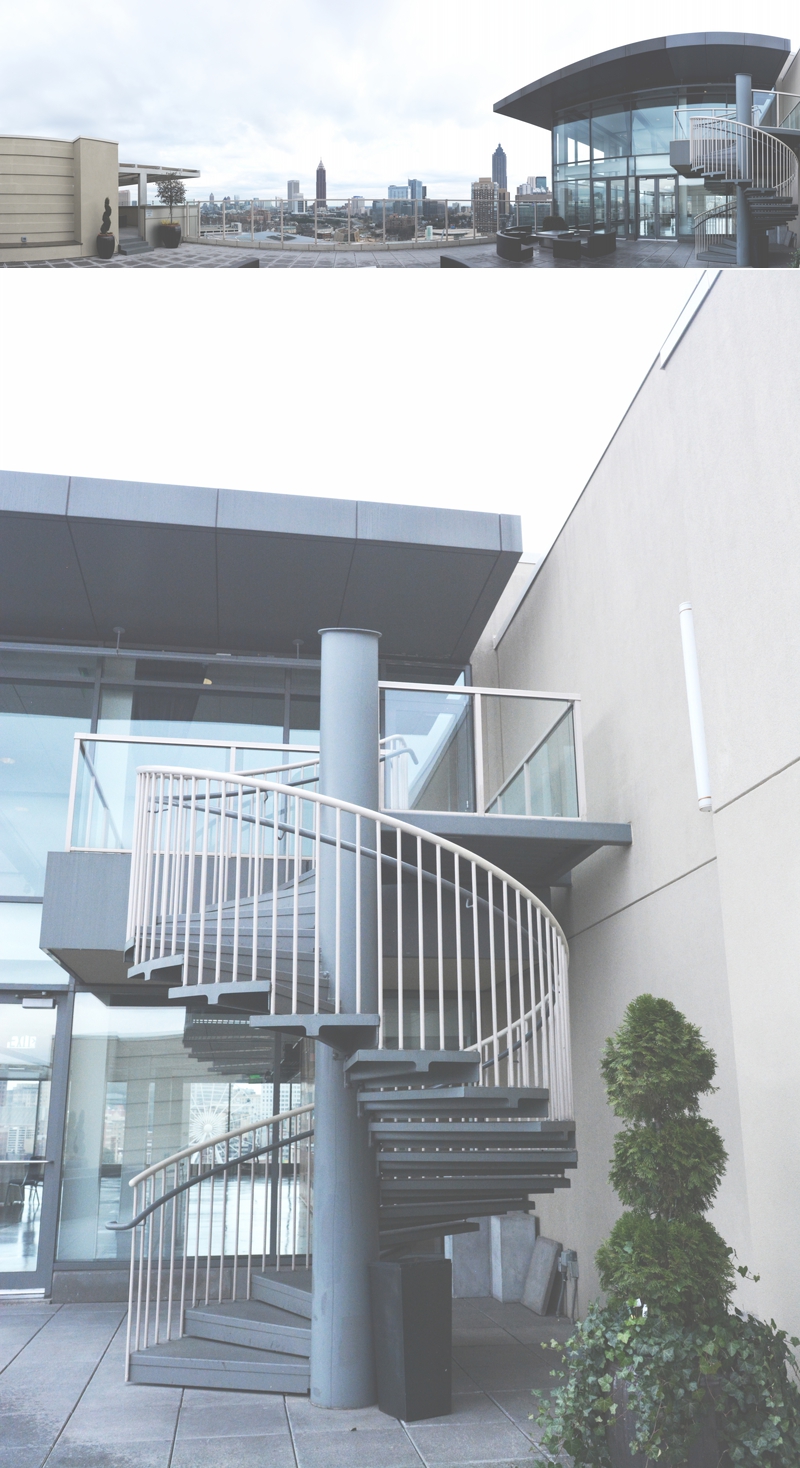 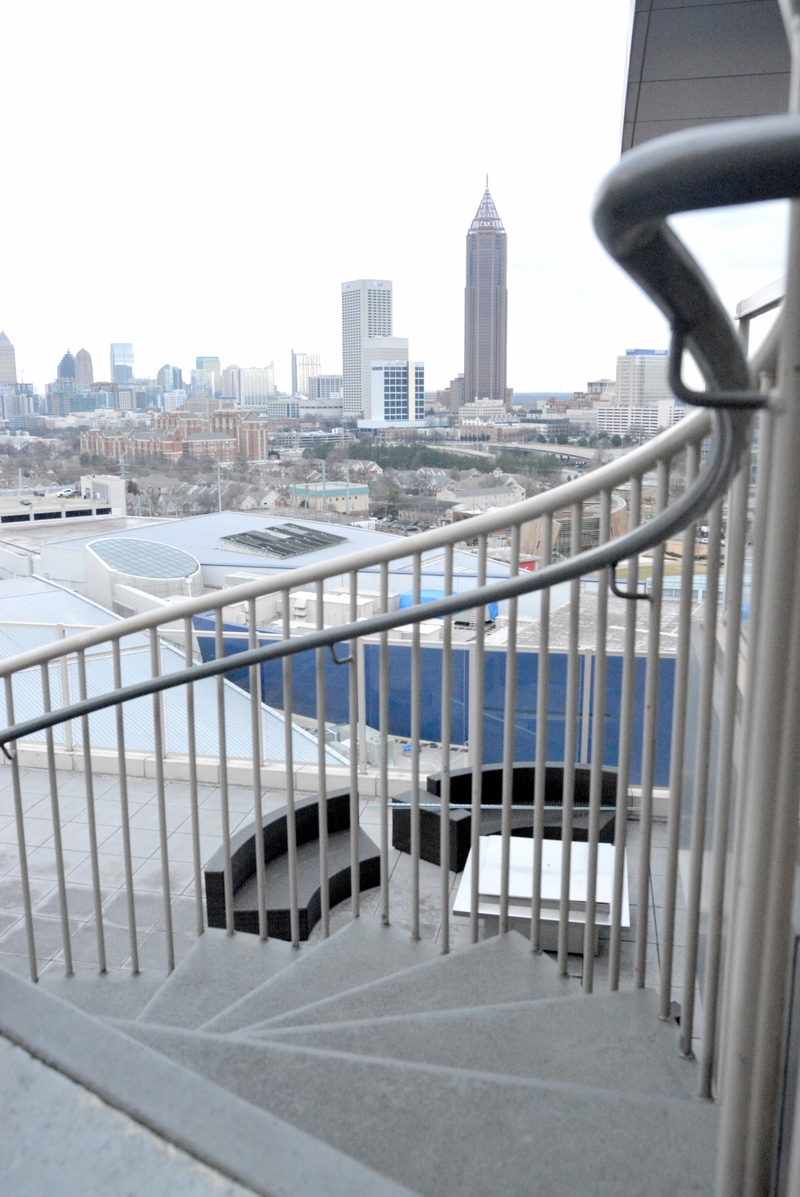 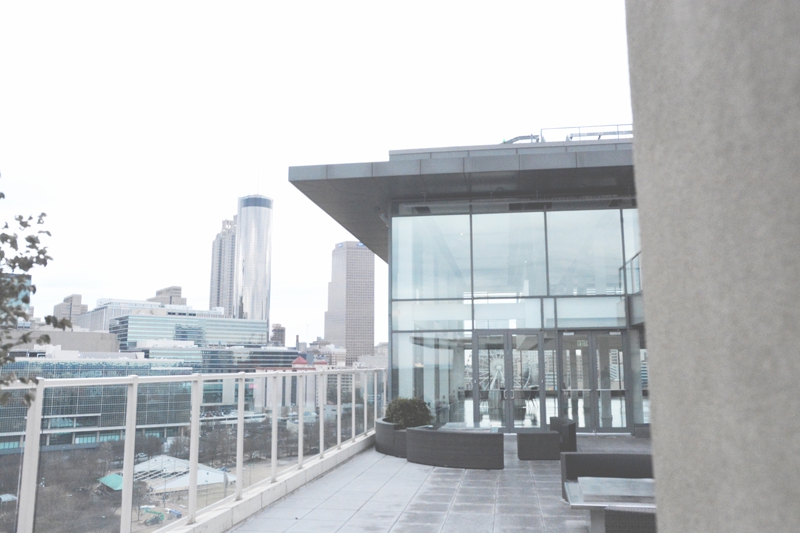 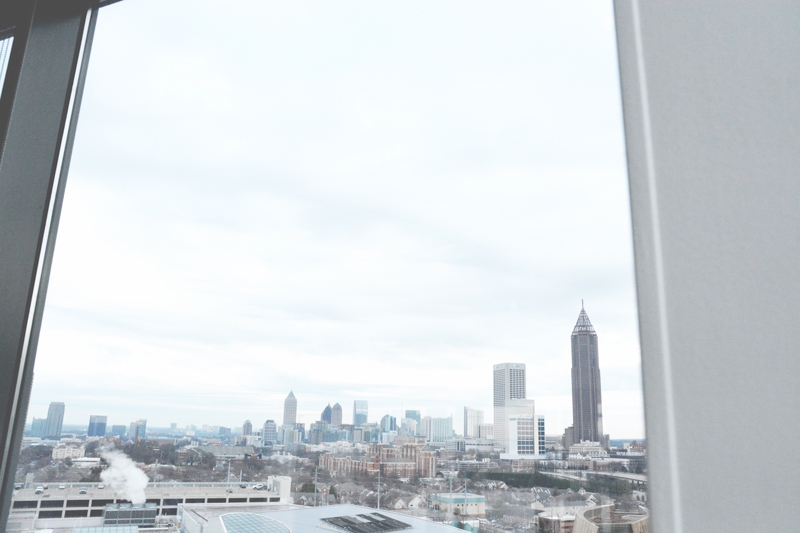 Just as we dubbed it the best Skyline View in Atlanta, we’re gonna go ahead and say it’s got some of the most killer amenities as well. Here are some amenities as taken from their website.

For groups up to 500, Ventanas will help you create and define an unforgettable, signature event through exclusive features, which include: